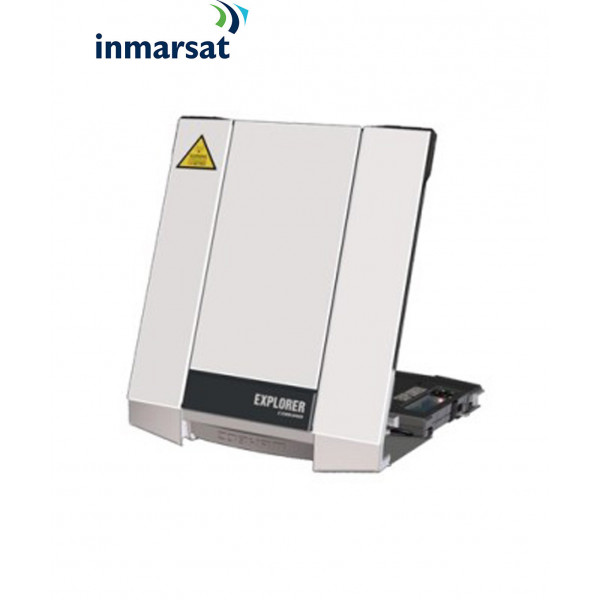 Inmarsat Explorer 710 is ideal for those who need a portable, high-performance device with broadband connectivity.

Explorer 710 is the world's smallest Class 1 BGAN terminal capable of streaming speeds of up to 650 kbps.

It has two elements: the removable directional antenna and the control unit.

The antenna has an IP52 protection rating, a protection standard high enough to resist dust and water drops.

Explorer 710 allows data communication in broadband with speeds up to 492 kbps in Standard IP mode and up to 650 kbps in HDR Streaming mode, while connecting two Explorer the transmission capacity reaches 1 Mbps, ideal for live video transmissions.

The Wi-Fi interface to connect smartphones and tablets also completes its features.

It is the ideal terminal for those who need a portable device with high broadband performance.

What does Ex Demo mean?

Ex Demo means that theterminal Explorer 710 has been used for demonstrations and, although it is as good as new, it may show normal signs of use.

The terminal Explorer 710 has been tested to verify its correct operation, it has undergone a thorough cleaning process and it has been updated with the latest software version.